It’s been more than two centuries since the New World colonists dumped their tea into the sea to protest unfair taxation. Now, legal proprietors of California’s retail cannabis industry say it may be well past time for a “Weed Party” in response to astronomical taxes imposed on them when they can’t compete with black market operators. 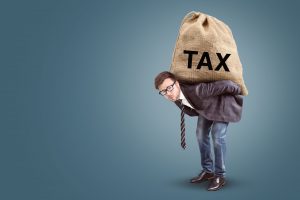 However, rather than toss their crops into the ocean, shop owners are floating the notion of not paying state taxes. If the idea where to gain traction statewide, that would amount to roughly $1.3 billion.

Whether the call will lead to real action is questionable, but Los Angeles marijuana business lawyers know there is no doubt retailers are treading water. Steep competition from illicit providers who don’t follow state rules – yet aren’t unequivocally shut down by the state – have cut into the survival odds for these firms. Some call it a clear case of “taxation without representation,” echoing the Revolutionary War grievances.

This is not a new problem. It’s a situation that has been ongoing for the last five years, ever since state voters approved recreational use cannabis for adults. The prospect of bolstered taxes was one that spurred many government leaders to climb aboard. The problem, business owners say, is that while those firms are happy to rake in the tax revenue, they aren’t doing enough to protect the industry from unfair competition.

Beginning first thing next year, taxes on cultivation of cannabis is increasing by 4.5 percent. This comes even as the state is staring down a budget surplus next year of $31 billion.

The “Weed Party” proposal is to put all taxes in an escrow account rather than handing to the state, in an effort to force their hand and bring them to the table. However, as marijuana business attorneys, we would tend to strongly advise against this, as it’s going to violate a myriad of regulations and tax laws and risk state license suspension. The hope is that there will be viable solutions proposed in the coming year.

Of course, no industry is a fan of tax increases, but there is also no other industry (save tobacco) that is taxed at the same sky-high rates as cannabis retailers. And unlike the tobacco industry, legal marijuana retailers are banned in most cities in the state. Plus, legal tobacco retailers aren’t threatened by a behemoth black market.

And it’s not just retailers who pay the price for it. Black market cannabis has been clearly linked to:

While withholding taxes or launching a new political party might seem dramatic, many who have spent decades in the industry say this is the worst the problem has ever been.

What Exactly Is the Cannabis Tax Rate?

Voters opted to permit – and regulate – cannabis for recreational use in 2016. From the very beginning, the law imposed an excise tax of 15 percent. Additionally, cannabis growers pay a tax on the basis of what they sell in weight. That gets passed on to consumers. But that’s not all. There’s also the regular, old state sales tax, which is somewhere between 8-10 percent. On top of that, local governments that have agreed to permit cannabis sales in their jurisdictions take their own cut, sometimes as high as 15 percent.

At the end of the day, some California cannabis businesses are easily forking over 45 percent in taxes.

Meanwhile, the underground market is believed to be double that of the legal market. Products sold at these locations are half the price.

When surveyed, most Californians who buy and consume cannabis are all for purchasing products that are both legally produced and regulated, safe and grown without potentially hazardous chemicals that pollute the environment. But how much of a cost are they willing to absorb to do so? A difference of about 10 percent, research shows.

With taxes continuously on the rise, some marijuana businesses are in the red – even as they are selling overall more volume. It’s little wonder we haven’t lost more than the 6,000 cannabis retailers we had four years ago. In 2018, there were some 16,000 licensed retailers in the state. There are now roughly 10,000 – and falling.

So where is all that tax money going, if not to address the black market? Per Prop. 64 stipulations, it goes toward:

Some jurisdictions have allowed cannabis retailers to pursue grant money, which can be funneled toward law enforcement efforts. But that doesn’t necessarily help those retailers who may be a hop-skip-jump away from black market operators the next city over.

It’s estimated the state is going to bring in roughly $145 million during the current fiscal year from cannabis businesses for licensing, regulatory fees and penalties. That goes to the operation of the Department of Cannabis Control, which has its own investigators who partner with police to take down unlawful operators. Raids are announced fairly regularly. However, the penalties are pretty weak. It’s become something of a game of whack-a-mole: One goes down, another pops back up in a place.

Some retailers say a more helpful solution would be lowering the barriers to entry (including reduced taxes), ultimately leading to a fair playing field of competition.

Tax hikes are slated to take place each year “as needed,” for the stated purpose of keeping pace with inflation. But retailers are also having to deal with issues of oversupply, resulting in falling prices.

Companies that are struggling to stay afloat may consider working with an experienced cannabis company attorney to discuss legal strategies for staying in business.